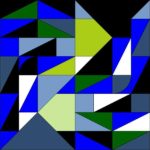 In the beginning there was the river known by First Nations as Askunissippi or Antler, La Tranche by the French and finally the Thames by the British. It has threaded its way through 11,000 years of history witness to discovery, settlement, triumphs and tragedy. From its sources near Tavistock,Thamesford and Innerkip, it has a drainage basin that stretches over 200 kilometres and drains nearly 6,000 square kilometres before emptying into Lake St. Clair just above the Detroit River
It seems inconceivable that early North Americans often travelled hundreds of kilometres on foot through dense wilderness anywhere from the Golf of Mexico to the Gulf of St. Lawrence. An Indian path, a horse or a settler’s ox drawn cart would have been a luxury. For many of these travellers the Thames River offered respite from their tedious journey as a ride by canoe or raft would give some speed and ease to the trip.
Who were these people? They came from all walks of life, the famous, Indian hunters and warriors with their families, Jesuit missionaries, fur traders, surveyors, Loyalist and French settlers to name just a few. Surprisingly many important historical figures plied the waters of the Thames: Indian leaders such as Joesph Brant and Tecumseh, military leaders and dignitaries like British Generals Brock and Proctor and Lt. Governor John Graves Simcoe and even American notables like future President Harrison and future Vice President Johnson and Commodore Perry.
When settlement came to the area it did so in the late 1700’s and along the banks of the Thames where the river supplied a source of water, food and transportation. After the American Revolution, Empire Loyalists and French settlers from the Detroit area began to carve homes out of the wilderness. Matthew and Hannah Dolsen came from Pennsylvania and established a trading post just west of present day Chatham. Moravian missionaries and a small group of Delaware Indians, attempting to escape persecution in Ohio, created the settlement of Fairfield east of the future village of Thamesville.
The lives of the settlers were hard but peaceful until the War of 1812 when two and a half years of unrest came to the river. The fall of 1813 brought the Battle of the Thames and thousands of Indian warriors and their families, refugees and British and American soldiers to the doorstep of these pioneers. Their fields, crops, animals, fences, etc. Were destroyed by the hordes who needed food and warmth. It would take another 10 years for these farms to recover with little reparation given even though it was applied for by the settlers.
By the mid 1800’s Chatham and other villages sprang up along the river’s banks and for the next century it was a busy commercial waterway. The bridge tender was kept busy opening and closing Chatham’s two bridges as first schooner then steamers carried lumber, grain, coal and passengers to and from Detroit and other ports on the Great Lakes. The Thames has also been a source of recreation for area residents. Swimming, skating, fishing, excursions to Detroit, motorboat races and yachting parties. Many a Chatham-Kent boy has had his “Tom Sawyer” adventures as local author Arthur Stringer recounts in his novel “Lonely O’Malley”.
For centuries the Thames River has given us so many gifts but as a force of nature it can also be unpredictably dangerous, taking lives and property during floods and other disasters. In 2000, The Thames was designated a Canadian Heritage River by both Provincial and Federal Governments in recognition of its important place in Canadian history. As we take in the peaceful vista of today’s Thames River, lined on each side by prosperous farms and beautiful homes, let us pause to remember and respect the settlers who came here seeking a new life more that 250 years ago.

REFERENCES: Romantic Kent by Victor Lauriston
The Thames River by Jim Gilbert 2005
When Chatham was Woods: Reminiscences of the Pioneers by John Rhodes
Greater Evils by Glen Stott