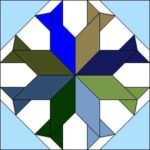 Fish has long been a staple food of First Nations. For hundreds of years the Thames River has been providing nourishment for those who travelled its waters or settled on its banks.
Even today when the pickerel come up the river in the spring to spawn, members of the Delaware First Nation at Moraviantown can be seen along the river exercising their fishing rights.
However settlement, overfishing, agriculture and industry have all contributed to the demise of the fish population in the Thames River. When we read the accounts of early pioneers and their families we are astonished at the numbers and varieties of fish that inhabited the river. In 1792, Moravian missionaries and a small band of Delaware Indians established the tiny community of Fairfield just east of present day Thamesville. From their diaries we learn that it was the job of the children and the elderly to collect, during the spring spawning season, great quantities of fish from a fish dam that had been constructed in the river. A traveller along the Thames in the 1830’s reported seeing a man who had caught forty barrels of fish using a small seine or net. Another method of catching fish was a dip net. This contraption which was often shared by neighbours consisted of a long pole hung out over the river and could be lowered into the river.
In the 1915 memories of Mrs. Harriet Pickard we learn of a much bigger fishing business operated by the Arnold family, one of the first families to settle on the Thames. Apparently there was a very popular bend in the river where fishing often took place day and night. She recounts how interesting it was to stand on the shore watching the fishermen at work. The operation involved several men, a very large seine net loaded on a boat, and a man on shore holding a rope attached to the net. The boat was rowed quietly up stream to the bend then rowed very quickly downstream, thereby catching the fish in the net. The men then scrambled to catch the fish in their bare hands and throw them up on the bank.
Recalling his boyhood along the Thames, S.B. Arnold, a former Chatham lawyer and magistrate tells of the variety and size of the fish of yesteryear. “The Thames River, then teemed with fish, black and other bass, pickerel, pike, muskelunge and even many varieties of sturgeon came rolling down the rapids like logs. To spear one of them from a scaffold built out over the swift flowing waters was a real man’s sport.”
Fishing along the Thames has changed dramatically. Where once families relied on the river as an important source of food, today designated seasons, licences and limits are necessary to help rejuvinate depleted fish stocks.

SOURCES: Romantic Kent by Victor Lauriston;
The Valley of the Lower Thames by Fred Coyne Hamil
When Chatham was Woods by John Rhodes