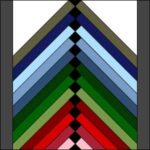 In 1763 there were some 70,000 French speakers most based in Lower Canada (Quebec). The Western Peninsula had been visited by French priests like Etienne Brule (1615)
and Fransican, Pere Joseph de la Roche Dallion (1626) who recorded their visits with the Neutrals.
Fort Ponchatrain (now Detroit) became one of the many trading posts of the French fur traders.
So French pioneers began to come from Fort Detroit around 1784 and their settlements sprang up around the mouth of the Thames. Names like: Trudell, Reaume, Beniteau, LaPoint and Caron.
But it is important to understand the various Native societies and their relationship to the French before the British took over the Western District in 1760. In Algonquian Society, women had limited say in political decisions but did most of the agricultural work, tending crops of corn, beans, peas and melons and exploited wild plants and animals. Men did the fishing, hunting and made spears, bows and arrows and tools. Iroquoians lived in matrilineal
societies and traced decent through the female line in other words the basic Iroquoian kinship unit was the clan with the woman at its head. They lived in longhouses with 45 to 60 people of the woman’s extended family (mother, sisters, daughters and their children). The men lived in their mother’s longhouse and not in that of their wife. They were also an agricultural group with the men clearing the fields and helping with the harvest and the women planting and tending the fields. Iroquoian women had real and acknowledged political power. They could hold their own councils, initiate and seek to end wars; choose men who would serve as village,
tribal and even confederacy leaders; and depose them from offices too. Women of both Algonquian and Iroquoian societies were free to pick their own marriage partners and divorce them if it didn’t work out.
This personal freedom to choose a spouse helped create a class known as Metis, which in French carried no racial prejudice but just meant one of mixed ancestry. Many Indian women chose French husbands as this elevated their status within their own village as most Frenchmen were traders with access to imported goods as well as being both economic and military allies. Some Metis women acted as go-betweens or intermediaries between the French and Native cultures. They served as translators, business associates and diplomats allowed by their unique language skills and familiarity with values and practices of two or more cultures. Sally Ainse was a product of this type of life.
European women’s lives, like those of their Native counterparts, were shaped by the legal, cultural and religious values of their society. French women in Upper Canada did not necessarily replicate those of France. It was difficult to attract female immigrants from the homeland so French women here acquired an importance not given their sex in France. Regarding property, the French colony operated on the law “the Custom of Paris”. Basically this meant that a woman didn’t loose all rights to her personal possessions when she married. If she was widowed she was entitled to half her husband’s estate. This made her very much sought after as a marriage partner (shortage of women and wealth accumulated). While married the husband still held control but if he was found to be squandering the community property, the court could decide to grant the wife “separation of body and goods”. It is easy to see why conflicts ensued when the British took over as a woman had no rights under British law. Clearly, there were financial benefits to intermarriage with Indian widows. ( The connections to the fur trade alone plus the advantage of language and accumulated wealth.)