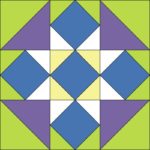 SOURCES: Romantic Kent by Victor Lauriston
The Valley of the Lower Thames by Fred Coyne Hamil
When Chatham Was Woods, Reminiscences of the Pioneers by John Rhodes