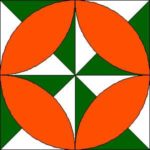 In an age of pre-packaged food, take out restaurants and microwaves, it is difficult to imagine just how hard early settlers had to work to provide even the simplest of foods for their family. For flour to bake bread very early Thames River pioneers had to take their grain by canoe down the river and across Lake St. Clair to the nearest grist mill located on the Detroit River.
By the 1790’s several mills appeared on the Thames. At The Forks, a small settlement later to become Chatham, Thomas Clark built a mill on the creek . Clark was not a successful miller or business man and eventually lost the mill to John McGregor. McGregor for whom the creek is named built a much better mill in 1810 which soon became popular not only as a business but also a meeting place. During the War of 1812 in an attempt to keep its thousands of bushels of grain from falling into the hands of the enemy, Tecumseh’s warriors burnt the mill which was later rebuilt in 1818.
Also built before the war was the mill of Daniel Field and Isaac Dolsen in Harwich and the mill of Joshua Cornwall near present day Thamesville.
However, one of the most interesting mill stories is that of the Arnold mill which was located near present day Kent Bridge. Frederick Arnold and his family came from Germany in 1770 and settled in Pennsylvania. After the American Revolution they remained loyal to Britain and came to live along the Thames. A mill site was chosen on a small creek that emptied into the Thames. However the closest place to purchase mill stones was New York.
Frederick’s son Christopher used three dugout canoes to construct a primitive but sturdy barge. On May 9 he set out with two men and 500 pounds of furs to trade. Upon reaching Buffalo he left the barge and continued over land to New York where he purchsed a set of mill stones. Two oxen and a cart were hired to transport the stones to Buffalo. They were then loaded on the barge and the long journey via Lake Erie, the Detroit River, Lake St. Clair and the Thames began. He arrived home in mid July, after a journey of 10 weeks.
During the War of 1812 Christopher very cleverly hid one or both of the stones in the forest. By doing so he was able to convince the American soldiers that the mill was not operational and thus save it from destruction. These very stones now reside in the Chatham-Kent Museum, a tribute to those early pioneers for whom life definately was not easy.