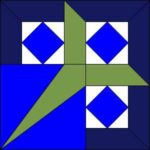 Today we think nothing of picking up the phone and calling a friend for even the slightest of reasons. But picture the plight of this woman who came to the Chatham-Kent area in 1832. “My cousin Eliza was the only woman in the party and it was 18 months from then before she ever saw the face of another woman.”
When white settlers came to this area in the 1790’s it was nothing but wilderness. There was no Chatham, no villages and no roads, just Indian paths through the woods. Socializing was non existent. Besides the great distances between farms, settlers were struggling to erect crude shelters and fell as many trees as possible so that crops could be planted. Isolation was particularly hard on women. Men on the other hand , took their grain to the mill or brought produce to trade at Dolsen’s trading post west of present day Chatham or even farther afield to Amherstburg or Fort Detroit. The early settlers lived on the banks of the Thames River and since this was the major transportation route, it had the advantage or disadvantage of visitors seeking food and shelter.
As more settlers arrived and life eased somewhat, more opportunity arose for socializing and friendship. Since there were no churches, gatherings at a neighbour’s home to hear a circuit preacher was much anticipated event. In a 1941 article in the Chatham Daily News, 100 year old Miss Annie McCloud explains her feelings about the friendship of neighbours.
“People of this age do not know how to get the maximum amount of joy and happiness out of life. They have fine homes, electric lights, motor cars and motion picture shows as well as many other comforts in their lives, but for me, I would just as soon attend and old-fashion logging bee,quilting party or a church social as they were conducted when I was a young girl.
People were more sociable in the old days. Despite the hardships they had to endure, they got more out of life. People were alike, they were all engaged in wrestling a living out of the land.
There was no jealousy; they helped one another with their work and to solve their problems. If a man was going to build a barn, the settlers from miles around would come and lend a hand. Their families would gather when the work was done for a celebration or dance. At harvest time there were threshing bees. Those were enjoyable affairs!”
Chatham-Kent has a long history of pulling together especially in small, close knit rural communities: church suppers, strawberry socials, showers to honour new brides and babies, chivarees to properly initiate newlyweds into the community and benefits to aid victims of misfortune. However we must be careful not to romanticize the past. We have not always been a tolerant society.
As more settlement came, so did diversity: different nationalities, languages, races, religions. What was acceptable to one group was not to another. While some were able to assimilate, others chose or were forced to live in separate areas: First Nations on reserves, Blacks in their own communities of Dawn, Buxton, Shrewsbury or east Chatham for example.
Students were segregated by colour or religion. Adherents of one faith often refused to enter the church of another denomination and marriage between two different faiths was strictly forbidden. Even some businesses chose who they wanted to serve and who they didn’t.
Fortunately today Canadians embrace multiculturalism and appreciate the richness it adds to our society. We honour and enjoy our diversity through ethnic festivals, parades, pow wows, film, music, literature and food. In the spirit of pioneer co-operation Chatham-Kent welcomes all who wish to live and work here and contribute to the mosaic of our community.

SOURCES: When Chatham Was Woods: Reminiscences of the Pioneers by John Rhodes
Kent Historical Society Vol#1 1914 “Pioneer Life in Kent” by T.K. Holmes M.D.
Valley of the Lower Thames by Fred Coyne Hamil