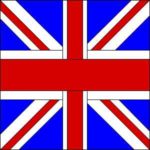 Have you ever wondered why so many British place names appear on our maps? It is a source of endless fascination for visitors to our area. Well you can thank Lieutenant Governor John Graves Simcoe! He envisioned an Upper Canada that in place names and institutions would mirror the England he loved when he took up his position in 1791. He immediately concerned himself with his new responsibilities and opportunities by studying such reports and maps as existed at that time. His dedicated wife, Elizabeth was also very interested as we learned from her detailed diaries and drawings .In 1792 they took up their headquarters at old Niagara which Simcoe promptly renamed Newark.
From Brant’s Mohawk village on the Grand River to Fort Detroit stretched uncharted, almost unknown wilderness, skirted by the Great Lakes, traversed by mysterious rivers, with much timber, rich soil and amazing possibilities. As Simcoe studied the survey done by Patrick McNiff in 1790-91 and questioned all who had been to this fascinating part of Upper Canada, he evolved vast schemes for the future development and colonization of the area. This brought him into conflict with Lord Dorchester, his immediate superior and Governor- General of Canada, who had a fondness for the Hanovarian place names which Simcoe was now changing to English. The Districts of Hess and Nassau became the Western and Midland Districts. He created 18 counties fronting on Lake Erie closest to us being Essex. He also made provision for a huge 19th county called Kent which in 1792 contained all the country (not including Indian lands) from Essex northward to the boundary with Hudson’s Bay and all the territory to the west and south to the boundary already set by the established 18 counties…all the rest of Upper Canada! This vast county did not at first extend south of the Thames River. Time for a new survey!
Simcoe did not wait for the results of this new survey but set out in February of 1793 on a personal tour. Unfortunately he left Elizabeth at Newark or we would have a more interesting and detailed description of this undertaking. The party travelled by sleigh and on February 15 they reached the Thames stopping at Fairfield. Feb 18 they were greeted by a dozen carioles and a cannon salute from the Block House at the Forks (Chatham), then they were escorted to Dolsen’s. Next they travelled on the ice to Lake St. Clair and thence to Fort Detroit where Simcoe reviewed His Majesty’s 24th Regiment. The return journey started March 2 with Simcoe dreaming new dreams for this vast area.
He decided the new capital of Upper Canada could be at London which was much safer from American attack and was located on the Thames which was navigable (with maybe the inclusion of two locks) all the way from Lake St. Clair, and excellent inland waterway. A dockyard was to be set up at Chatham. Indeed a garrison of sorts had already been started there and boats commissioned. A road was to run from Burlington to Sandwich meeting up with the Thames at Chatham. Thus Chatham became strategic in Simcoe’s plan of defense, colonization and empire-building. Deputy surveyor, Abraham Iredell was directed to survey a straight lateral road from Chatham to Point aux Pines on Lake Erie, this to be called Communication Road. (this was not done until 1797 after Simcoe had left Canada). In 1795 the townsite of Chatham was surveyed by Iredell. Communication Road was not completed until 1844 although it was known as far as Blenheim before that as Mill Road.
All these plans and dreams waited on the approval of Dorchester which never came.
Dorchester could prevent Simcoe from doing deeds but he could not prevent his visionary dreaming.
What little Simcoe could do, he did but if he had been given a free hand, what promise he might have contributed to building a new nation. Simcoe’s most lasting legacy was his Canadian Anti-slavery Act of 1793 which prevented the future introduction of slaves and limited the terms of contracts of servitude within the Province. The Imperial Act to abolish slavery thoughout the British Empire did not come into effect until 1834…40 years later! Leaving Canada in 1796, Simcoe died in Devonshire in 1806. Elizabeth died in 1850, aged 84.
We would like to thank the Sertoma Club of Thamesville for sponsoring this block which is located on property owned by Alan Hubbel, a direct descendent of Prindle Hubbel who was a 1797 settler of the Thamesville area.