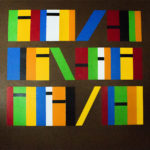 St. George Branch of the County of Brant Public Library was first formed in 1879. The four individuals who collaborated to establish the Library were James H Fleming, Dr E E Kitchen, Richard G Lawrason and John Neff. The initial meeting was held in Lawrason’s Hall, the location the Cenotaph in 2014, to establish the Mechanics’ Institute. On January 2, 1880 Richard G Lawrason accepted Librarian for a six month term, but continued for 32 years! In 1893 the local newspaper reported that there were 3000 titles in the collection and that over 2300 loans were enacted that year. It moved to new quarters behind the post office in the new century and joined with the Glen Morris library, the only other library in the county, to form the South Dumfries Public Library. The library went into severe decline between the two World Wars, thought to be caused by the Depression, and it took a concerted effort by a number of the town’s people to resurrect its collection. Plays were produced in the town’s Memorial Hall to raise funds for new books; a yearly event for some time. St. George and Glen Morris retained that name until the amalgamation of Brant County in 1999; at about this time the branch moved from its old location to its present space at 78 Main Street North.