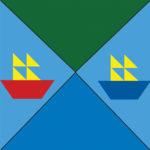 American and British ships met at Long Point, one of the many sites where prisoners were exchanged during the War of 1812. British prisoners, held in Frankfort, Kentucky, were marched to Sandusky, Ohio, in July and August 1814. They suffered from malaria and hunger while the Americans stalled the exchange until September, fearing that the prisoners would reinforce the British military in Niagara.