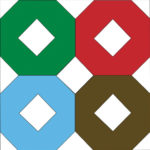 In late 1814, American General Duncan McArthur set out from Detroit with the intent to attack the British at Burlington Heights. Destroying many mills and resources on his route, the Americans eventually arrived at Malcolm’s Mills (now Oakland) where he encountered 400 Oxford and Norfolk militia on November 6, 1814. The skirmish that took place here would be the final one of the war.