Her name is Dorothy McQueen and she turned 94 in May 2018. She has 6 children, 11 grandchildren and 15 great grandchildren who all have at least two of her quilts.

In March 2018, Dorothy visited her grandson’s family for a week or two. One day she spotted the barn quiltt on Longwoods Road and took a quick sketch of it. She returned to Sault St Marie to make a quilt that resembled it.

Gram pieces the quilts together, but the ladies from her church do the quilting. Gram used to do all the quilting but she doesn’t have the space anymore. Once she gets started, she is on a mission — probably a couple of weeks to stitch it together. Then the ladies take another few weeks to quilt as they only meet once a week. She uses whatever scraps she has, mostly cotton blends. Gram has been quilting 70 years.

Here is a picture of one of her great granddaughters (baby girl) out west with her quilt. The picture with the two older kids are ours, Matt and Hailey. Another picture is Gram in action.

When I was shown the picture of Grandma McQueen holding up the quilt and learned that it was inspired by a barn quilt from our area, I knew I had to share her story. 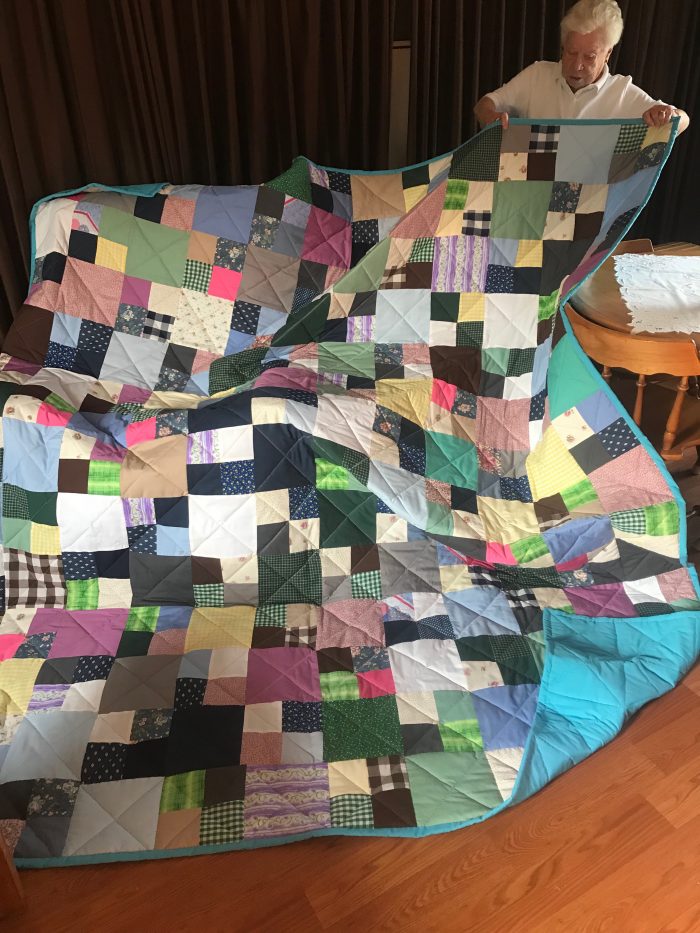 Grandma McQueen holding up the quilt and that was inspired by a barn quilt on Longwoods Road, Chatham-Kent. 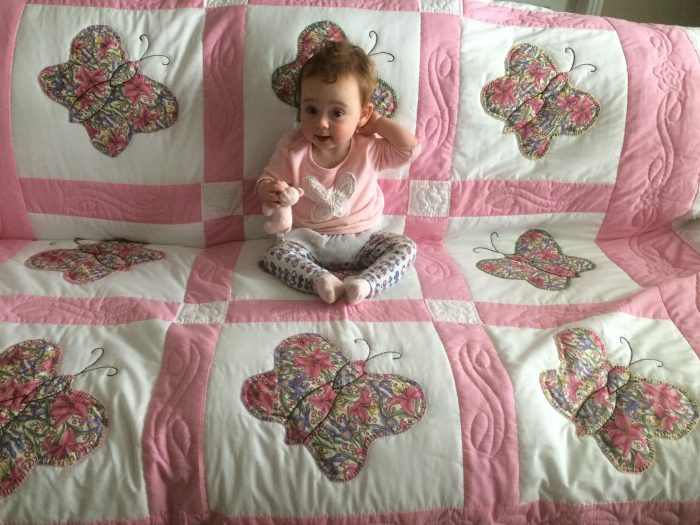 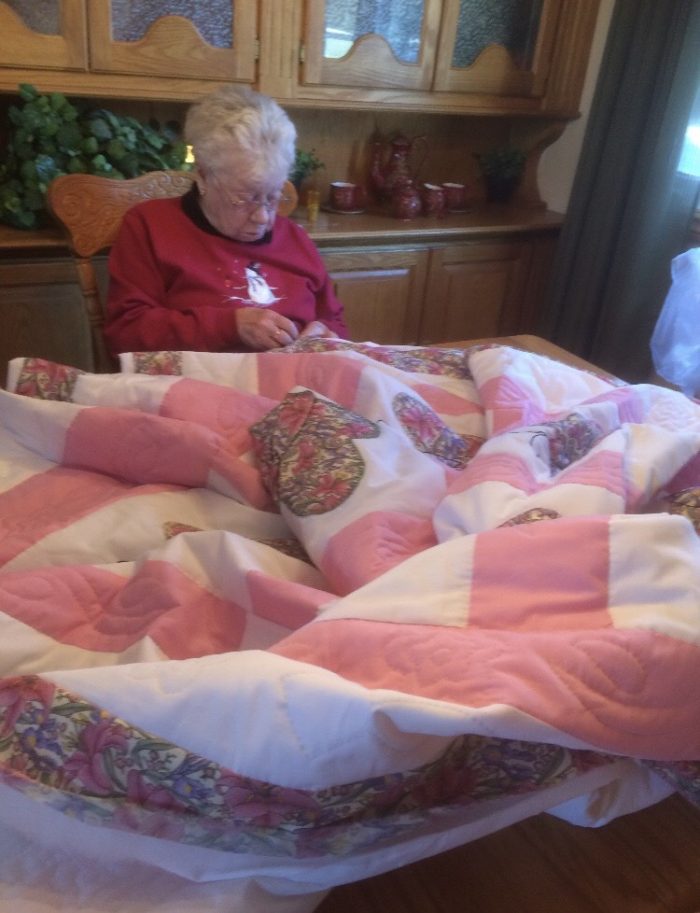 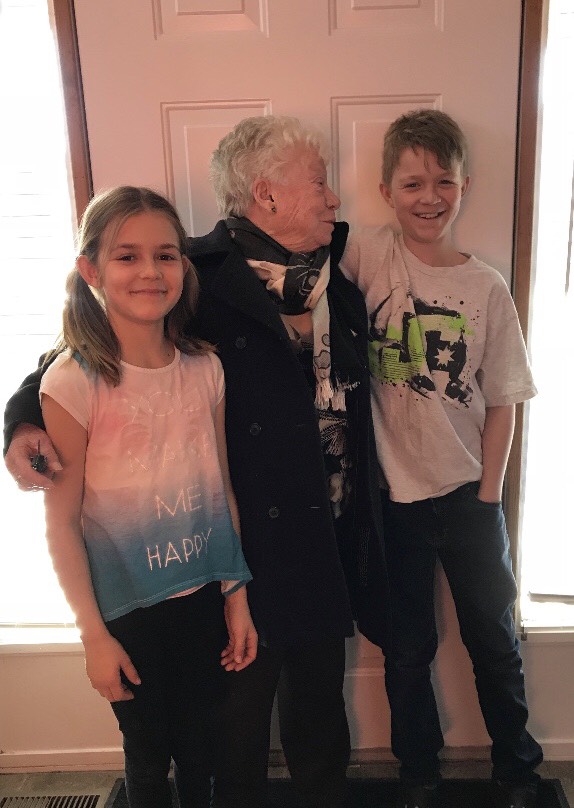