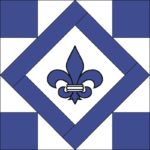 Battle of Three Rivers – In the early 1770s, as the British parliament was drafting the Quebec Act, which would supersede the Royal Proclamation as the constitution of Quebec, revolution was breaking out in the American colony.

Early in May of 1775, a small force of men from Vermont captured the British forts in Ticonderoga and Crown Point. With these successes, the Americans decided to invade Canada. Two army columns, one under Richard Montgomery, made for Montreal, the other under Benedict Arnold headed for Quebec City.

Montgomery’s troops overcame light British resistance at Chambly and St. Johns on their advance on Montreal and entered the city on November 13th. Montgomery then joined Benedict Arnold and together their forces marched on Quebec City. The British repelled them when they attacked on December 31st.