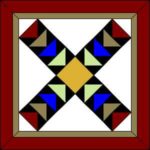 SOURCES: The Freedom Seekers, Blacks in Early Canada by Daniel G. Hill
Romantic Kent by Victor Lauriston
The Valley of the Lower Thames by Fred Coyne Hamil
There was a Time by Jim and Lisa Gilbert
Special thanks to our very own expert, Virginia Travis, who supplied much detail from her vast knowledge and personal library.