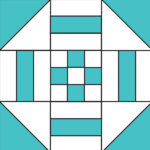 Water was an important source of power for early settlers.  E.D. Tillson, son of Tillsonburg’s founder George, created a milling empire by harnessing the power of the Otter Creek. This block, located on Tillson’s Pea & Barley Mill, built in 1878 and opened in 2009 as the Mill Tales Inn, celebrates all the  power generated on the creeks and rivers of Oxford during the late 1800s.