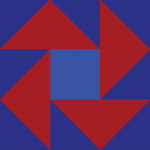 On August 8, 1812, Major General Isaac Brock travelled to Culver’s Tavern in Norfolk to give a passionate speech to the reluctant recruits, appealing to their patriotism to the crown. With this speech, he attempted to disarm the enemy and to unite the loyal. His ringing words had the desired effect. The Norfolk militia turned out in great numbers and was highly praised by Brock.