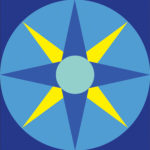 General Brock continued from Culver’s Tavern to Port Dover, successfully mustering a force of about 50 regulars and 250 militiamen. Travelling in open long boats along the north shore of Lake Erie, they arrived in Amherstburg five days later. Since Brock and his troops found that the Americans had already crossed the Detroit River, on August 16, 1812 they undertook a triumphant assault on Detroit.