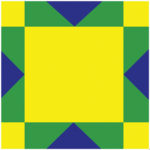 According to local legend, in August 1813 Captain Robert Barclay briefly abandoned his naval blockade of American warships in Erie Harbour to deliver “a pretty widow from Amherstburg” to Port Ryerse. Once ashore, he and his officers were invited to a party in their honour, and stayed the night. When they returned to Erie, the American ships had escaped and were on the lake.