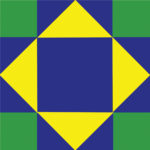 In the early spring of 1812, the Norfolk Militia was organized into two regiments commended by Lieut.-Col. Joseph Ryerson and Lieut.-Col. Robert Nichol. Members of the Norfolk Militia saw action at most of the battles on the Niagara Frontier.  It was still active after the War of 1812 and was called on during the Rebellion of 1837 and the Fenian Raids of 1866 to 1870.