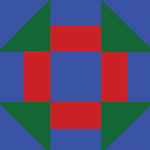 After the Battle of Malcolm’s Mills on November 6, 1814 Brigadier General Duncan McArthur led an estimated army of 700 men south, taking militia prisoner, burning mills, homes and barns and stealing provisions. When they reached Port Dover they did not find the reinforcements they expected due to the capture of Fort Erie by the British. McArthur then returned to Detroit on November 17, 1814.