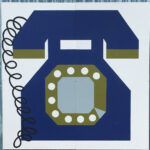 Connecting the community – that’s what The Nexicom Group and its precursors have been doing since Dr. Henry Allen Turner established the Turner Telephone Company here in 1898; the same year he set up his medical practice.

To understand his motivation requires a brief recap of the history of the telecom industry in Canada up to that point. Alexander Graham Bell received his first telephone patent in 1876 and within a year the Bell Telephone Company was founded in the United States.  In 1880, a Canadian franchise was granted a Dominion Charter by Parliament.  While this gave Bell a virtual monopoly on the manufacture of telephone equipment and provision of telephone service across Canada, the urban market was far more profitable.  Rural areas were largely left to fend for themselves.  Recognizing the advantage of rural patients being able to seek medical assistance by telephone, local doctors often assumed responsibility for setting up rural phone lines and systems.

Shortly after its establishment, The Turner Telephone Company expanded its reach by partnering with neighbouring systems to serve rural folks throughout the township and beyond.  In 1916, the company was bought out by the Millbrook Rural Telephone Company. They were subsequently purchased by E.T. Downs and H.A. Coon in 1941 and twice renamed – as Docon Telephones Ltd in 1941 and as Durham Telephones Ltd in 1957.   They also bought Turner Telephone Supply (later Docon Telephone Supplies Ltd.), the company’s equipment repair and sales arm.  Both branches operated out of the former Victoria Hotel at 5 King Street East for close to a century.

During this period, as Ed Downs’ sons John and Paul took up the reins, the company continued to expand and upgrade.  Interestingly, small independent enterprises often moved more quickly on new services than Bell.  For example, Durham Telephones had voice mail before Bell did!  In step with technological advances in the late 1980s and through the ‘90s, cellular service, internet and cable television were added to the company’s offerings, as well as security systems.  The equipment supply branch also flourished, as evidenced by the buildings along Allen Lane.

In 1998, the company was renamed Nexicom – a combination of the words ‘nexus’ (meaning connection link) and ‘communication’.  The quilt block, ‘Connecting Community’ depicts a stylized rotary dial telephone featuring the pantone colours of Nexicom’s logo.

Ever expanding, Nexicom acquired the former Town Hall in 2006 for additional office space.  This thriving business supports and sponsors a number of local initiatives including the 4th Line Theatre.

In 2016, John and Paul Downs, ready to retire after a lifetime of involvement in the company their father bought in 1941, sold Nexicom to current owner, Clayton Zekelman.