Paris on the Grand 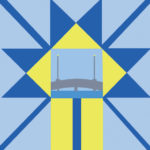 Paris visitors marvel at its beauty and history – the lovely cobblestone and brick buildings, the rivers, bridges, and parks. Located on property that was once the fairgrounds, this building and the surrounding parkland reflect that history. Constructed in 1922 as an arena, and now home to the Paris Museum and Archives, this Community Centre celebrates Toronto Maple Leafs hockey great and later M.P.P., Sylvanus Apps.

Now home to the Paris Museum, this building is part of that history. This site was originally the fairground. Constructed in 1922 as an arena, this building hosted Sylvanus Apps and other hockey greats, many of whom became Toronto Maple Leafs.

Paris on the Grand