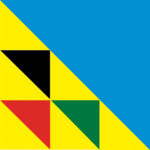 Finch’s Mill (Fisher’s Glen) was burned on May 14, 1814 by Lt. Col. John Campbell and his American troops. As in the raids that took place simultaneously on Dover Mills and Ryerse Mills, the troops slaughtered livestock and destroyed private residences, apparently retaliating against similar raids in Buffalo and other areas in the Niagara region. A U.S. Army court of inquiry later condemned this raid.