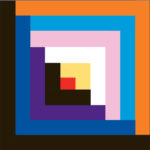 The log cabin became a representation to many First Nation women during this era of the growing populations of immigrants encroaching on their traditional territories. Largely unchecked and encouraged by foreign governments to settle, immigrants built their homesteads in the South western region of modern day Ontario on Chippewa lands not yet negotiated under treaty until the late 1700’s to 1820’s.