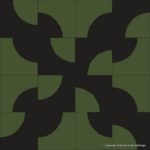 Drunkard’s Path – June 4, King George III’s birthday: the local militia mustered and drilled with their pitchforks and assorted weaponry in the King’s honour. They gathered on the river flats and the women braced for the inevitable ribald behavior and drunkenness. The behavior of the men young and old usually ended with the majority having “drunk to excess.”  The seeds of the temperance movement were thus sown.