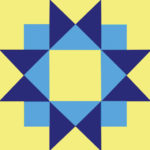 Four Corners – These corners are named for Henry Coyne who arrived here in 1817 and built an inn. For many years, Coyne’s Road was the route south to the busy lake dock at Tyrconnell from which grain and timber were shipped. Wagons travelling to and from the port stopped here at one of several hotels, including the McGugan Hotel which still stands on the north side.