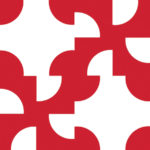 Drunkard’s Path – Three of Sparta’s four taverns voluntarily closed with the rise of the temperance movement. Led by two ministers and Dr. Shannon, citizens lifted the license from the fourth, the Ontario House. On its last day, patrons lit torches and marched down Main Street intending to burn the Baptist minister’s home. They changed their minds when Dr. Shannon greeted them with a loaded shotgun.